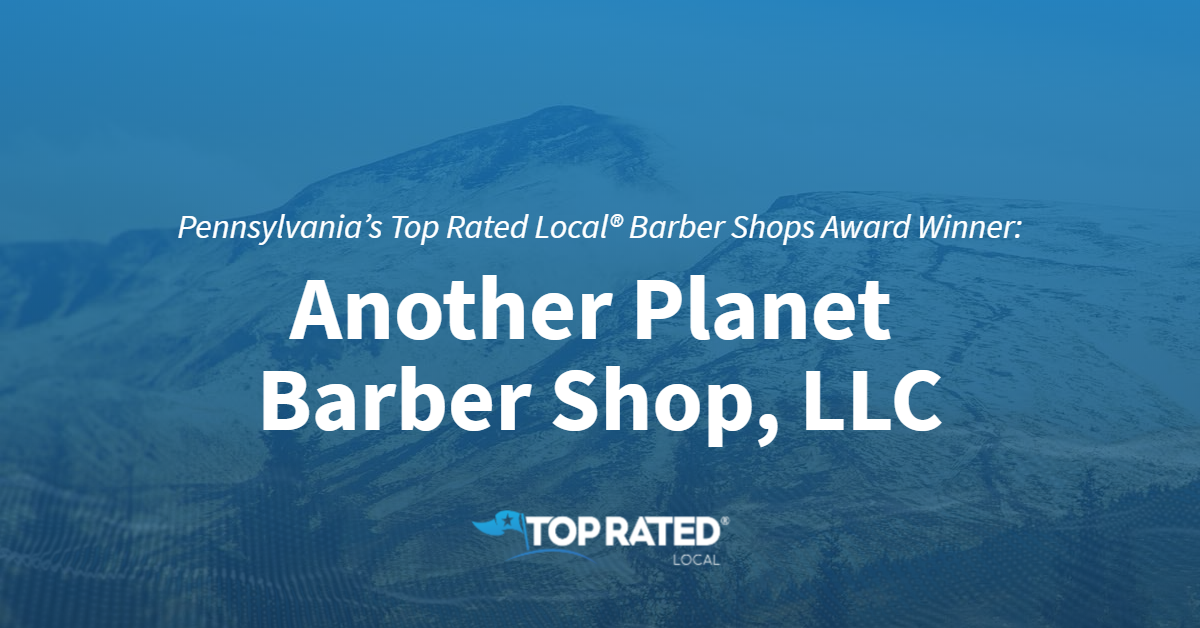 Top Rated Local® is pleased to announce that Another Planet Barber Shop, LLC is a 2019 award winner for barber shops in Pennsylvania!

For a one-of-a-kind barber shop experience and an out-of-this-world haircut, there’s no better barber shop to turn to than Another Planet Barber Shop, LLC.

Another Planet Barber Shop, LLC has received more than 150 reviews with an average rating of 4.93 stars, earning them a phenomenal Rating Score™ of 97.30 and a 2019 Top Rated Local award for ranking among the top five barber shops in all of Pennsylvania!

“I tried a few shops after relocating to Philly and experienced a struggle attempting to find someone who can work well with my hair type. I finally stumbled upon Another Planet and Sci-Fi, [and I had] the best experience in a shop I’ve had since I started wearing short cuts. She’s timely, efficient, welcoming and offers fair prices given the experience that one has in her shop.” – S.H.

Not Your Average Barber Shop 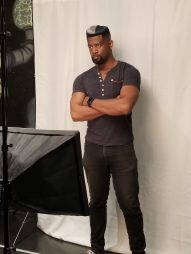 We wanted to learn all about Another Planet Barber Shop, LLC and its impressive online reputation, so we took a few minutes to talk with the owner, Jacqué “Sci-Fi” Scott.

The first question we had for Jacqué was what is it that sets Another Planet Barber Shop, LLC apart from their competition in Pennsylvania. Jacqué told us that Another Planet was opened in August of 2016 and that her barber name — “Sci-Fi” — originated from a car accident she had in 2014, where she was thrown 20 feet from her vehicle. She was in a coma for several days after the accident, and she said that the only reason she is still alive is by the grace of God and an angel who moved her out of the street before she was hit by a semi.

Jacqué shared with us that the vehicle left her with a traumatic brain injury that distorted her vision, making her see double, which she refers to as her “powers”:

“My brain was so swollen that all of the pressure on the nerves was making my eyes do crazy things. As the swelling went down, I finally got my vision crystal-clear from the front, but if I tilt my head or use the peripheral perspective, that’s when ‘Sci-Fi’ and my powers are revealed.”

Jacqué told us that her powers help her to look at cutting hair a little differently than others.

We also wanted to know what their mission is at Another Planet Barber Shop, LLC and how they work to make the world a better place. Jacqué told us that they put on a lot of cool events for their community, such as “Stars vs. Planets — a basketball tournament giving customers a chance to beat their barber — “Weekend Lift-Off” — which features a live DJ.

Jacqué went on to add:

“I’ve got a big heart, and I’ve got a lot that I want to do. I’m just so happy to be getting this recognition for simply doing what I love. I’m proud to be a demonstration of putting 10,000 hours into what you do, perfecting it and giving back.”

Building Success by Asking for Reviews 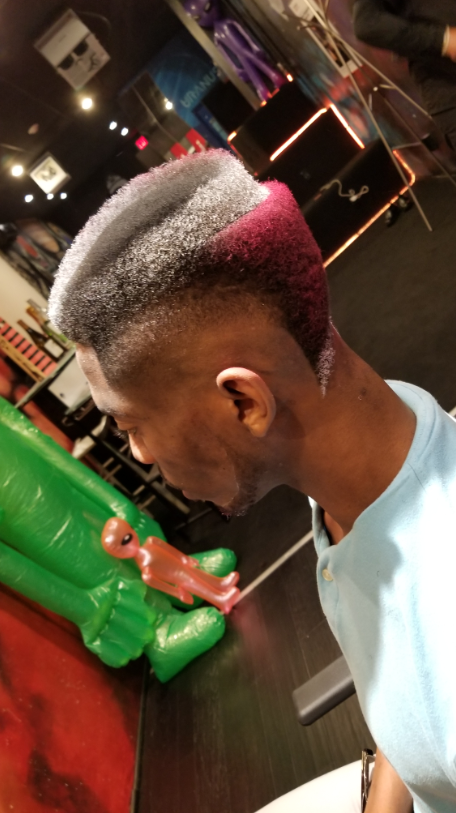 “I do ask, like, ‘Hey, I know you loved your experience and loved the haircut, I would love for you to tell the world!’ But, yes, they are all genuine, every single one of them.”

Jacqué also shared a bit about her future plans:

“Next up, I have two major projects. I have Another Planet Academy, a school that I’m going to open up down here in Philly… With that, I’ll be able to train more barber teachers and more managers, along with cosmetology as well, and ultimately give students their license. There are so many people who are still working who don’t have their license, maybe because they can’t afford it. I’m going to be offering financial aid, so there aren’t any excuses for getting your correct credentials. I want to get them on a path to greatness, where we’re all really destined to be. It’s just a matter of taking those steps every day to get there. Then the second project is going to be my mobile barbershop. It’s Another Planet Barber Shuttle — ‘Bring the shop to you!’ It’ll be a mini replica of Another Planet Barbershop on wheels coming to you.”

There are so many business owners out there looking to build the kind of online reputation Another Planet Barber Shop, LLC has. Here’s Jacqué’s expert advice for them:

“If I could put five years in a summary, I would say faith and work is the formula. Without those two, it doesn’t matter what plan you have; it isn’t going to come to pass unless you give that plan to a higher power. To come off the cloud, believe in yourself and don’t wait for anyone. Make it happen yourself and give back abundantly. There is no stop — there may be a break, but there is no stop. Every day, we have the choice to get up. I always ask my clients, ‘What is it that your heart desires?’ The first thing you think about in the morning, that’s what you need to do every day, all day. Be the best at it, and do that with your heart and make sure that your heart is involved. If you believe in yourself, and believe in the Father, you’re going to get there. Nobody else can tell you otherwise if you relentlessly believe in yourself.”

Congratulations to the team at Another Planet Barber Shop, LLC for being a 2019 Top Rated Local award winner, and thank you so much, Jacqué, for taking the time to speak with us!