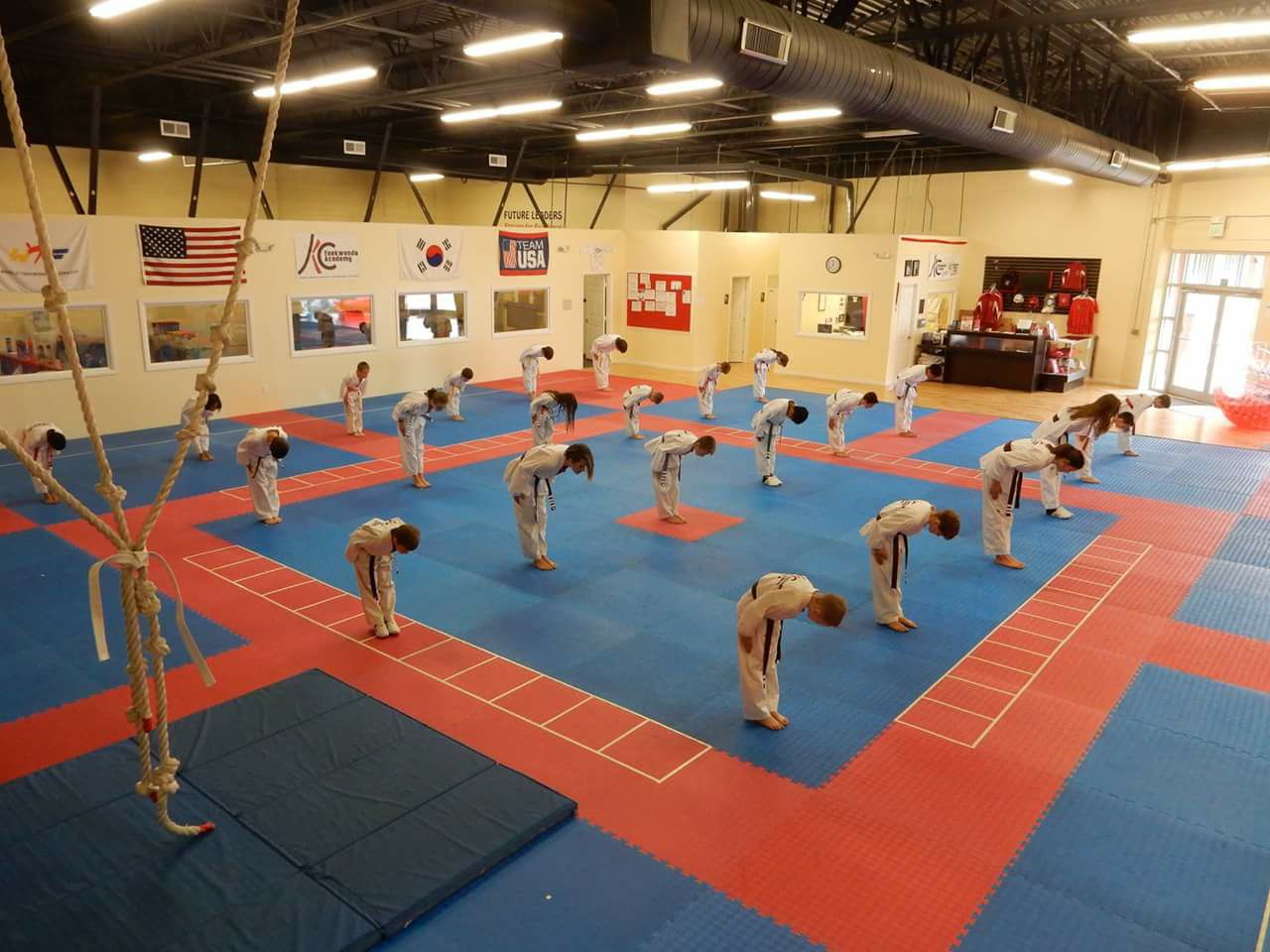 Top Rated Local® is pleased to announce that Kim & Cam’s Taekwondo Academy is an award winner for martial arts centers in Colorado for the second year in a row!

Kim & Cam’s Taekwondo Academy has received dozens of reviews on five verified sites with an impeccable average rating of 5.00 stars, earning them a perfect Rating Score™ of 100.00 and two 2019 Top Rated Local awards for being ranked among the top 100 businesses and the number one martial arts center in all of Colorado!

Here’s one of the many five-star reviews that got them there:

“Master Cam and the other teachers at Kim & Cam’s Taekwondo Academy have had an amazing impact on our family. Both of my boys have been attending for a month, and in that short amount of time, they have improved their grades and are more willing to jump on their homework and help me with chores. There have been no other changes in our lives, so I attribute it directly to Master Cam. Plus, they are having a great time at each session and are excited to go every time! [I am] so glad that they are here in Parker. Also, [they are] easy to reach and very responsive. We look forward to being part of this studio for years to come.” – Natalie S.

Maintaining a Strong Online Reputation by Continuously Improving Their Program

We wanted to learn all about Kim & Cam’s Taekwondo Academy and what they’ve been up to since they won a Top Rated Local award for being ranked among the top 10 martial arts centers in 2018, so we took a few minutes to talk with the owner, Master Cam Weber.

“We just keep trying to continuously improve our program. We are really focused on the improvement of our academy.”

We also asked Master Weber what it is that makes Kim & Cam’s Taekwondo Academy stand out, and he said:

Small businesses go through many ups and downs over the years, and we wanted to know what lessons Kim & Cam’s Taekwondo Academy has learned over the last year, as well as what their biggest achievements are.

Master Weber told us that, as a perfectionist, the biggest thing he’s learned is to let his instructors take control and teach classes, and he’s learned to really trust them. And he was proud to say that, among their accomplishments over the last year, they’ve developed multiple national champions and have been recognized as The Best Martial Arts Studio in Parker for the fifth year in a row.

Small businesses can be a lot of work, and we wanted to know what motivates Master Weber and his team at Kim & Cam’s Taekwondo Academy to serve their students day in and day out. When we asked Master Weber what’s most rewarding about what he does, he said:

“I love seeing a student grow into better versions of themselves. It is nice to be able to work with students of all nationalities, races and genders, and to be able to enjoy the martial art that I love, too.”

We were excited to learn about what comes next for this award-winning martial arts center, so we asked Master Weber what their goals are for the next year. He told us:

“We are trying not to grow too much. …We just want to keep seeing the quality improve. Sometimes, when there are more students, you see quality of instruction go down. We are trying to keep quality as high as possible. We are always working on improving the facility…”

As the owner of a second-time award-winning business, Master Weber has a lot of knowledge to share. When we asked what advice he has for the many martial arts centers out there that are just starting out, he said:

“I think a lot of martial arts instructors look at what other people are doing and try to mimic that, but stick with what your favorite components are. Don’t try to teach things that you are not actually passionate about. We try to be really well-rounded, but there are a lot of schools that mimic and they aren’t really teaching what they love.”

Master Weber ended our conversation with a very important shout-out:

“Grand Master Kim was just inducted into the Taekwondo Hall of Fame. He was my inspiration, mentor, and instructor. He runs the Black Belt Foundation in Brazil, which is the largest nonprofit taekwondo instruction in the world…”

Congratulations to Master Weber and the team at Kim & Cam’s Taekwondo Academy for a Top Rated Local award winner for the second year in a row.

When you need a martial arts center on your side in Parker, we highly recommend Kim & Cam’s Taekwondo Academy! Visit their website today.