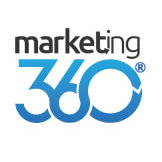 Things happen for a reason I really believe that. When I called Marketing 360 Andrew took our call. He kind of just fit with us. He wasn't pushy, he was extremely informative, he definitely knew his stuff for sure. We talked about golf and weather it was like talking to a friend we knew and hadn't heard from in a long time just catching up. He straight up sold us over the phone all the way here in Florida. My father in law has been in business since 1979 and has NEVER mad a deal with someone that wasn't in person. Never. Andrew was the first. My father in law believes in sitting in front of that person, looking them in the eye, striking a deal and finishing it with a handshake. For him to verbally say "lets do this" was probably something I wont see happen again - that was a big deal. When Andrew told us he was sending us over to a Team I wasn't happy actually because I felt like we made a good connection and was nervous about being introduced to a Team of people we didn't really sign with - we signed with Andrew. Well, like I said things happen for a reason. Andrew sent me Tommy and Team. Now Andrew is second ;) Tommy is my boy LOL. I can't/won't forget Andrew though, he was where it all started. Thanks again Andrew!