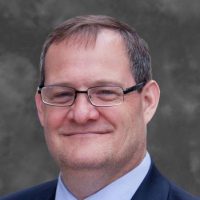 Of 24 ratings posted on 1 verified review site, Jeffrey Burnette, MD has an average rating of 4.80 stars. This earns a Rating Score™ of 90.00.

“OUTSTANDING! Period!” -Kandice Jeffrey B. Burnette, MD, a board-certified orthopaedic surgeon, joins Hughston Orthopaedics, the newest satellite of Hughston Clinic in Fleming Island, FL. Dr. Burnette graduated from The Citadel, Military College of South Carolina, in 1989, and obtained his medical degree from the Medical University of South Carolina in Charleston in 1993. He completed his internship at Walter Reed Army Medical Center, and from 1994 to 1996, was the General Medical Officer at the Pentagon Army Health Clinic. Dr. Burnette also did his surgical residency at Walter Reed, finishing in 2001. He then went on to complete a fellowship in pediatric orthopaedics at UCLA Orthopaedic Hospital in Los Angeles, CA. From 2002 to 2004, Dr. Burnette served as a staff orthopaedist at William Beaumont Army Medical Center and then spent the following year as an orthopaedic surgeon in Iraq. Moreover, from 2005 to 2006, Dr. Burnette was Officer In-Charge of the Orthopaedic Surgery Clinic at WBAMC and, beginning in 2007, Chief of Orthopaedic Surgery and Rehabilitation Service. From 2008 to 2013, he practiced at Piedmont Orthopaedics and Sports Medicine Complex. From 2011 to 2013, he was the Chief of Staff at Coliseum Northside Hospital, where he was also active as the Total Joint Program Champion and a member of the Board of Trustees at Coliseum Medical Centers. Additionally, in 2013-2014, he did a hip and knee total joint fellowship at Mayo Clinic in Jacksonville, FL. Since 2014, Dr. Burnette has practiced total joint surgery at First Coast Orthopaedics A Diplomat of the American Board of Orthopaedics Surgeons, Dr. Burnette belongs to the American Academy of Orthopaedic Surgeons, the Southern Orthopaedic Society, and the International Hip Arthroscopy Society. Dr. Burnette’s CV Dr. Burnette’s Specialties Include: • Hip • Knee • Total Joint Replacement
Rate Website Call Now Location
4.80 avg / 24 ratings on 1 verified review site