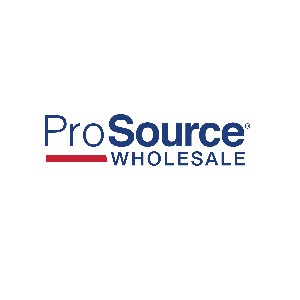 Of 44 ratings posted on 3 verified review sites, ProSource of Charleston has an average rating of 4.83 stars. This earns a Rating Score™ of 96.25.

ProSource® of Charleston is the product source for trade professionals and their homeowner clients looking to complete their next flooring, kitchen, or bath remodeling project. Housing everything you need in one convenient location, ProSource Wholesale® will convert your home improvement vision into a reality. We’ll keep you on budget with low, wholesale pricing, and our online project management tools provide you with 24/7 support. Plus, you’ll have a dedicated account manager to provide personalized service from start to finish. View current promotions, browse our extensive product catalog, and explore inspiring project possibilities on our website.

06/19/2020
So disappointed. We ordered one item, they delivered a different item and we didn't realize until part of it was already installed. They would not refund our order as they said we signed the paperwork. i signed the paperwork assuming they had the info correct as i work a full time job and have very little time when doing these kind of transactions during a lunch hour so i trusted the salesman. We had to pay extra to purchase what we originally ordered and had to pay to have the original floor that was partially installed get pulled out. they were not responsive at all that they ordered the wrong thing and put it back on us. they ordered the wrong item and they took no accountability. it cost us over $800 to fix their screw up. what happened to the customer is always right????

Hi John, thank you for the feedback. We apologize for any inconvenience you may have had as our main goal is always to make sure that members and their clients have a positive experience at ProSource as well as offer high-quality products at low wholesale prices. We are looking into this situation and would appreciate hearing from you to get more details. You can reach out to our store manager Mandi Allen, at 843-305-8808 to get more details. We look forward to hearing from you!

05/30/2020 Verified
Great service, great selection and answered all of our questions. Pro source of Charleston had exactly what I wanted and at a very competitive price.

Hi Jerry, Thanks so much for the review. We're thrilled to hear you had a wonderful experience visiting our showroom and working with our team. We value your feedback and always look forward to new projects. Come back and see us anytime, take care!

09/14/2019 Verified
Great company! Professionalism, expertise and excellent service made the entire process a comfortable and pleasant experience. Daniel's installation of our floor was flawless. Thank you for a wonderful experience!

Hi Matt and Kandy, Thanks for taking the time to leave a review. We're so happy to hear you enjoyed working with our showroom team and left pleased with the customer service. We appreciate your awesome feedback and hope to have you in the store again soon. Take care!

Hi Gerald, Thanks for taking the time to leave a review. We're happy to hear you had a great experience at our showroom. We value your feedback and hope to have you in the store again soon. Stop by and see us anytime, take care!

Hi Andrea, Thanks for the review. We're happy to hear you enjoyed working with our showroom team and love your new floors. We appreciate the feedback and look forward to your next visit. Take care!

08/13/2018 Verified
I worked with Ted & Mike. very knowledgeable about their products & efficient with order. Great product selection. A good experience all around.

Hi Paula, Thank you so much for taking the time to leave a review! We are pleased to hear you had a good experience at our showroom! We appreciate your feedback and will definitely be passing it on to Ted and Mike. We look forward to your next visit, take care!

08/09/2018 Verified
I enjoyed my shopping at Prosource and with the knowledge that Mike and Ted made each decision easy for me. I would recommend this place when doing any remodel on your home, office or building. Great quality products and a great team to work with.

Hi Myranda, Thanks so much for taking the time to review our showroom. We are thrilled to hear that you love shopping here at ProSource. We appreciate your feedback and will definitely forward it to Ted, Mike, and the rest of the showroom team. We look forward to your next visit take care!

08/01/2018 Verified
I thought Ted and any of the other staff we worked with were very knowledgeable and helpful. The selection of products was excellent and the pricing a great value.

Hi Clay, Thanks so much for taking the time to review our showroom! We are pleased to hear you enjoyed our showroom and product selection. We will definitely forward your positive feedback on to Ted and the rest of the showroom team. Come back and see us anytime, take care!

Hi Peter, Thank you for taking the time to leave a review! We appreciate your feedback and will definitely be passing it on to the showroom team! We're looking forward to your next visit, take care!

Hi Steve, Thank you for your feedback and time. We are disappointed to hear about your experience and apologize for your inconvenience. Our number one priority is the satisfaction of our members and clients and we are always working to improve the experience. We will be reaching out to you shortly, thanks again.