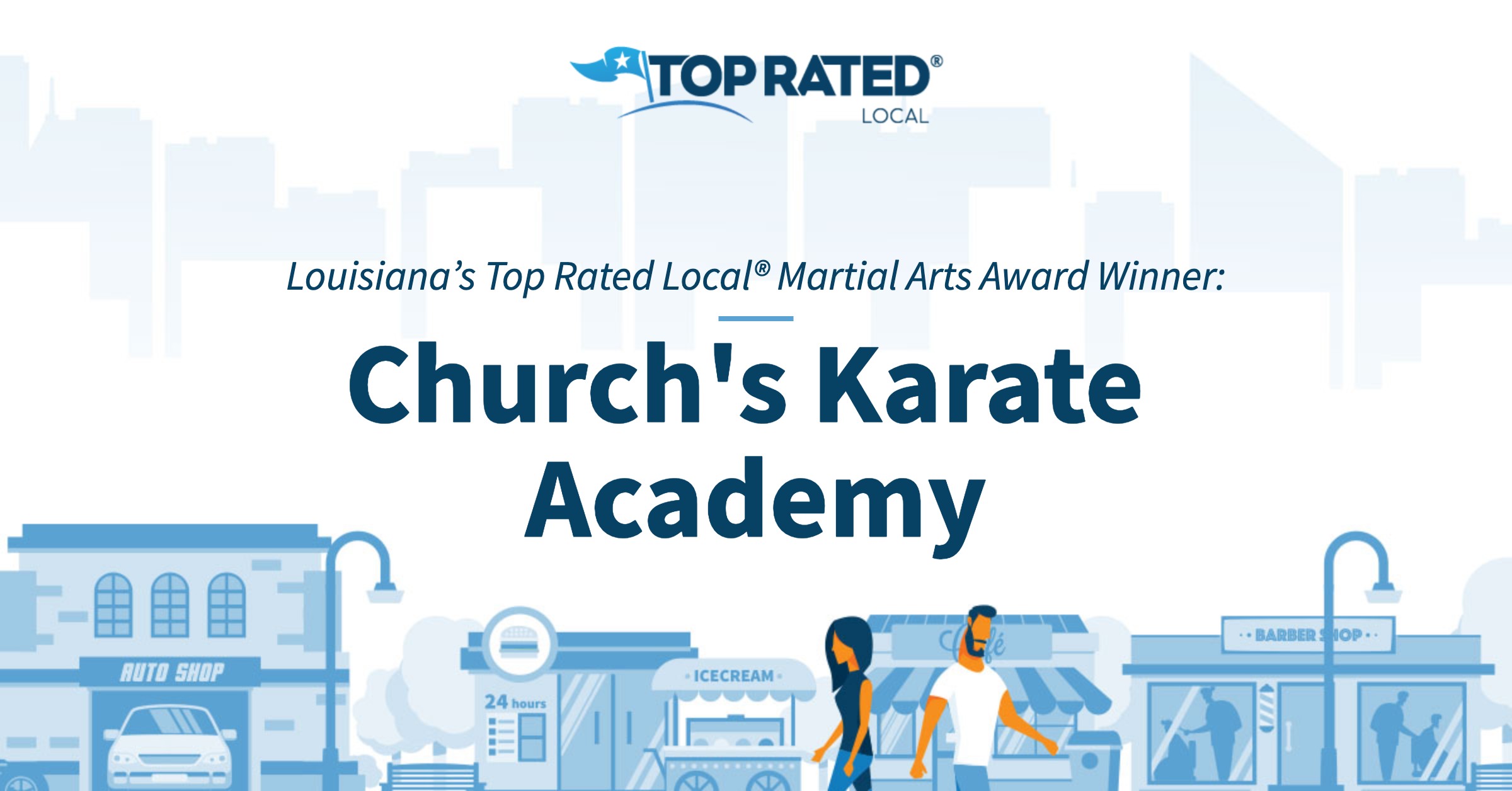 Top Rated Local® is pleased to announce that Church’s Karate Academy is a 2019 award winner for martial arts centers in Louisiana!

With classes for kids and adults, Church’s Karate Academy is the martial arts center to turn to in New Orleans for the whole family.

Church’s Karate Academy has received dozens of reviews on four verified sites with an average rating of 4.97 stars, earning them a magnificent Rating Score™ of 98.70 and a 2019 Top Rated Local award for ranking among the top five martial arts centers in all of Louisiana!

“Church’s Karate Academy offers a dynamic karate experience for my nine-year-old son. He finally found his sport. Master Church is very intuitive and meets the individual learning style of each child. It’s fun to watch. I started their kickboxing program this summer with some friends, and it’s an intense workout. [It’s] great for the whole family!” – Connie T.

Church’s Karate Academy has managed to build the kind of reputation any business owner would envy, and to learn a little more about that reputation and this one-of-a-kind business, we sat down with the owner, Jason Church.

The first thing we wanted to know was what makes Church’s Karate Academy unique compared to the many other martial arts centers in Louisiana. Jason told us about the flexibility he offers his students, allowing them to choose whatever option best fits their needs and schedules. He also allows his students to make up classes they’ve missed.

When we asked what the secret is to such a solid online reputation at Church’s Karate Academy, Jason pointed to the fact that he teaches classes and treats students like he’d want to be treated, as well as to the fact that he leaves people with a good experience.

Making the World a Better Place by Creating Leaders

We also wanted to know what the mission is at Church’s Karate Academy and how it works to make the world a better place. Jason said:

“I try to create leaders. I make sure that when people test for their belts, I have a form they have to fill out at home. Their parents have to say that they’re following directions at home, doing their homework, acting the right way. At school, the teacher has to sign off saying that they’re working hard, doing their homework, acting right in school. We’re trying to ensure that, outside of the karate school, they’re living the characters we’re trying to teach.”

Jason went on to add:

“We run an after-school course. All of the money goes to the school. I donate to auctions for different schools. My donation packages include three months of martial arts, which includes a uniform; a six-week kickboxing course, which includes a glove; an hour-and-a-half birthday party; and a full week of camp.”

Outside of building a powerful online reputation, Church’s Karate Academy has grown mostly through word-of-mouth referrals from its students and by getting the word out about its camps through camp guides.

It’s clear that Jason knows a thing or two about growing a business and building an online reputation. Here’s his expert advice for the many other business owners out there:

“Be proactive in making sure that people get the service that they would expect. I feel like there are a lot of businesses with problems, and they aren’t proactive in fixing them. When you respond to a negative review, it’s important to come at it with an idea of understanding, and do everything in your power to help them change their viewpoint. I think it’s important for them to take a step back and realize that there’s more than one side of the story.”

Congratulations to the team at Church’s Karate Academy for being a 2019 Top Rated Local award winner!