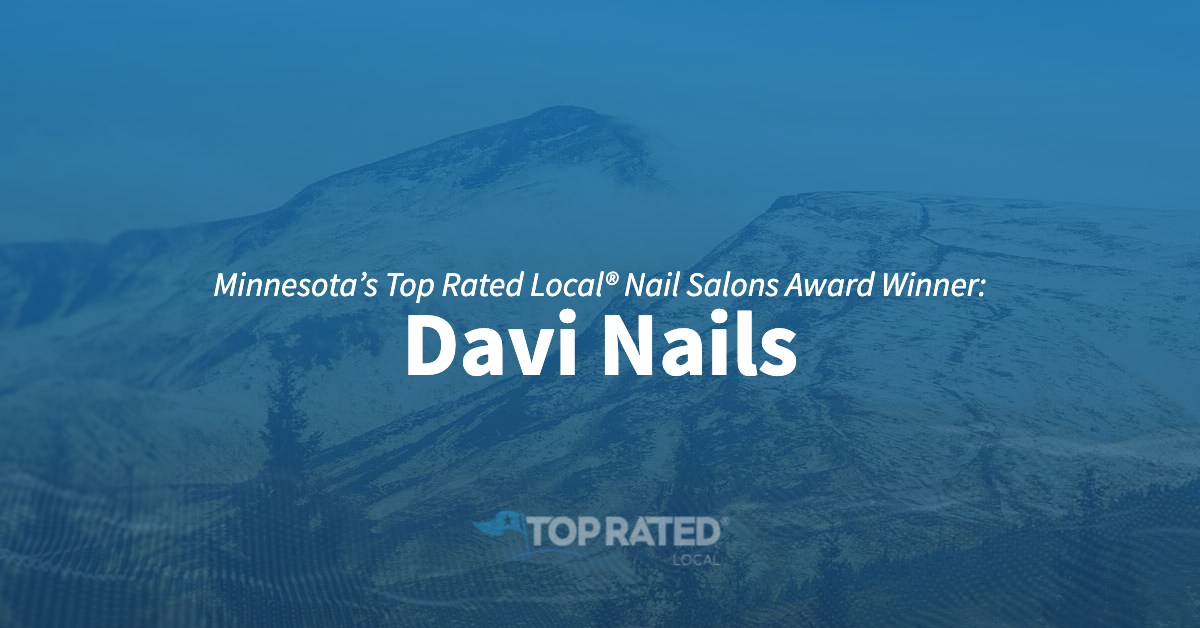 Top Rated Local® is pleased to announce that Davi Nails is a 2019 award winner for nail salons in Minnesota!

When you want an unbeatable manicure or pedicure in Circle Pines, there’s no better nail salon to turn to than Davi Nails.

Davi Nails has received dozens of reviews with an average rating of 4.64 stars, earning them a tremendous Rating Score™ of 94.35 and a 2019 Top Rated Local award for ranking among the top 10 nail salons in all of Minnesota!

“[I] went in a half hour before closing hoping they could do a gel manicure. They did, and they did a beautiful job! I know some places would either say no or rush through and not do so well, but this was not the case. [I] definitely recommend [them]!” – Danielle P.

Not Your Average Nail Salon

We wanted to learn all about Davi Nails and its impressive online reputation, so we took a few minutes to talk with the manager, Bill.

The first question we had for Bill was what is it that sets Davi Nails apart from their competition in Minnesota. He shared with us that they do a good job every time and never rush, even when it’s busy. They are committed to taking care of everyone fairly and with respect.

We also wanted to know what their mission is at Davi Nails and how they work to make the world a better place. Bill told us that their goal is to make everyone feel pretty and better about themselves.

Building Success by Being Nice and Doing the Best Possible Job

Bill attributes Davi Nails‘ strong online reputation to their commitment to being nice to their customers and doing the best possible job for them.

Outside of building a powerful online reputation, Davi Nails has gotten their name out there through Facebook.

There are so many business owners out there looking to build the kind of online reputation Davi Nails has. Here’s Bill’s expert advice for them:

Congratulations to the team at Davi Nails for being a 2019 Top Rated Local award winner, and thank you so much, Bill, for taking the time to speak with us!